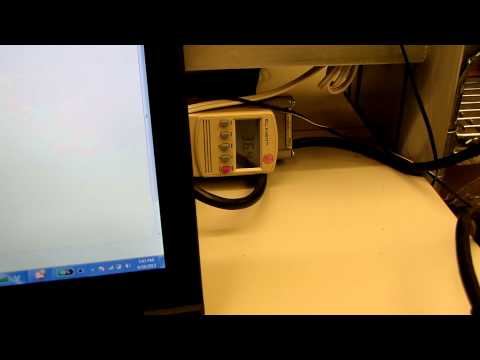 Some pieces I cannot put together

I've been reading extensively on bitcoin for the past few days and there are a few holes here and there that I'm trying to understand. So far it makes me believe that this whole mining thing is some sort of elaborated scam. Here is a few unorganized points that are confusing to me.
Why are other currencies like litecoin slowly becoming popular and why people want them to become popular? What purpose do litecoin serves that bitcoin doesn't? If the second to bitcoin, a redundant currency like litecoin becomes popular and that people want it to become popular, then what's stop more of those currencies to all becoming popular making each of them just spammy/redundant at the end, don't we only need one of those currencies to serve the purpose of worldwide decentered transactions?
The so popular and referred mining hardware comparison sheet gives a list of videocard that are recommended to use. Combined with this calculator people can make some calculations to see if they should invest electricity cost into mining.
Now it seems to yield a little free income at the end of the month, all seems well until you investigate further. The power consumption of your videocard shown there is, in the radeon 6850 case, only half of what it truly use at full usage.
Now to add to this, I've been mining for more than a day at full power without stopping nor interfering in the process. It tells me I should be making 0.0125 bitcoin a day but I barely made half of that in a bit more than a day, yet I am positive the videocard ran at full strength for the whole process.
Now, double electricity cost vs half production, it becomes almost a profitless operation. To this, combined that the current bitcoin value is tenfold what it was 3 months ago, how could it have been profitable back then if it is not right now?
Now another suspicious part to me is those 2 websites 1 2. They offer what every person would ever want, a way to make a lot of money easily.
Both of them deliver their products months after purchase and, the 2nd website especially, is selling something that would potentially pays for itself back in less than a month, after which huge profit would come in. How convenient, to sell something that yields huge profit and pays itself back so quickly, better sell than use ourselves right?
The first site has sold out, and funnily enough are selling the next batch for 75 bitcoin per... which they could just mine themselves faster than their delivery time, so what's their gain really? Conveniently we have the 2nd website, not sold out, selling something similar to the 1st website, without any pictures of what the behind of their miner looks like, who won't mention anywhere the power consumption of their product but say that it comes with a usb cord, plug and play!
That sure not sound fishy at all since the asic counterpart is shown on the comparison sheet as using 600 W, for sure the usb connector hole can output that kind of power right?
Hopefully someone can shed some light on all this to the better understanding of least common asked matters, yet quite important for anyone who wants to jump in this... bandwagon...
I'm legitimately trying to see things optimistically but so far I only see a few root members trying to scam the entire world by projecting this half legit currency world unto us.
Note: sorry for my relatively poor english, I tried putting my thoughts into word as precisely as I could, but I couldn't do it as well as I wish I could.

So while I am still a newb to mining… I’m mining XMR, using ccMiner, and only getting approx 1k harshrate per gtx1080 (SC). I have 2 of these things. What could be the cause? SPECS: i7 7700k z270 Maximus IX 16G Ram 2x GTX 1080 EVGA SC —> Driver: 381.65 —> Shared Sys. Mem: 8gb. MINING PROGRAM: ccminer 2.0 bitcore cuda-7.5 A typical 600 MH/s graphics card consumed upwards of 400w of power, whereas a typical FPGA mining device would provide a hashrate of 826 MH/s at 80w of power. That 5x improvement allowed the first large bitcoin mining farms to be constructed at an operational profit. The bitcoin mining industry was born. ASIC. The bitcoin mining world is now solidly in the Application Specific Integrated ... Der Bitcoin nimmt nach der Korrektur auf unter 9.000 Dollar wieder Fahrt auf. Für positive fundamentale Impulse sorgt mal wieder PayPal. Denn die Pläne des Payment-Giganten, Bitcoin in sein ... GPU Mining. Aside from using ASIC and CPU, you can use graphic cards (GPU).Yes, if you have a gaming computer with a good dedicated graphics card you can use it to mine Bitcoin. This year, Radeon and Nvidia release cards that can mine Bitcoins at comparable rates. A Nvidia GTX 1070 may cost you from $699 to $850.If you use this for gaming for 4 hours, you can allot it to mining for the ... Bitcoin Cloud Mining Bewertung: Angeblich seit Mitte 2013 im Bitcoin-Mining tätig. Alle Bitcoin-Miner befinden sich in einem Rechenzentrum auf dem neuesten Stand der Technik in Australien und es besteht direkter Zugriff auf hochwertige Ausrüstung und 24/7-Support.

SUBSCRIBE FOR MORE HOW MUCH - http://shorturl.at/arBHL GekkoScience NewPac USB Miner - https://bit.ly/2RIQgdX GekkoScience 8 Port USB Hub - https://bit.ly/2x... Do you have any horror stories from ex-mining cards that you've purchased? Any recommendations for making sure you're buying a card that won't explode on you... Butterfly Labs 5 GH/s ASIC Bitcoin Miner (Jalapeno) Review - Duration: 11:42. andrewesquivel 22,169 views. 11:42 . How to quickly start mining bitcoins [Easy] - Duration: 7:59. Vague Man 416,567 ... Mining Bitcoin is as easy as installing the mining software on the PC you already own and clicking start. Anyone can do this and see the money start rolling ... Quick demo of the Butterfly Labs 5 GH/s miner. KnCMiner Jupiter - Bitcoin Miner 500GH/s+ 28nm ASIC chips - unboxing and setup 1080p - Duration: 4:18. Florian Uhlemann 131,038 views