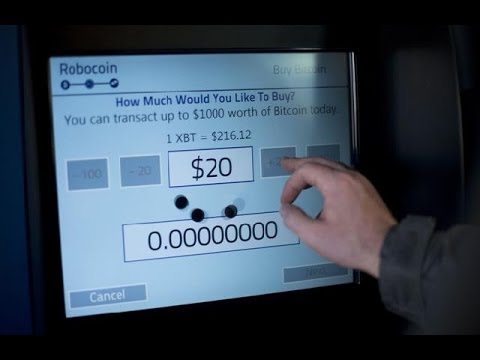 Vancouver: Crypto Block Party @ Car Free Day
Details: http://www.meetup.com/BitcoinCoop/events/186252112/
Haven't heard of Car Free Day? It's one of Vancouver's largest festivals, with around 250,000 people expected to attend this year. It's a volunteer-driven, community-focused celebration of car-free culture, and includes several routes set up for pedestrian traffic past booths, vendors, and activities of all kinds. See their website (http://www.carfreevancouver.org/) for more information.
Main Street is the most trafficked route, with around 100,000 passersby expected. It also holds the Vera's Burger Shack that accepts Bitcoin. Here we will hold Vancouver's first Crypto Block Party, raising the Bitcoin flag over Vera's for all to see. We're bringing several different types of cryptocurrency ATMs and miners, and shall spare no expense to make this both fun and educational. Maybe more businesses will join us!
By promising to conduct the block in a non-profit fashion (and thanks to my friend Ed Yuen), I was able to rent the area between 13th and 14th avenues for only $2,500 in bitcoins, which they now accept. We intend to divide the cost evenly, charging $250 to cryptocurrency businesses, with discounts given to artists and select non-profit organizations. In the event of excess funding, participants may either be partially reimbursed, or have their funds used for decorations and other attractions.
We've already been interviewed by the Straight and Bitcoin Magazine, and plenty more publicity will follow. Confirmed participants so far include QuadrigaCX, the Bitcoin Cooperative, Newnote Financial Decentral.Bangtown, and more! If you would like to participate, please email Andrew at [masked], or call at 778.918.8.7156. We can help with transportation and set-up on the day of, and an invoice will be provided to you for your record. It's time to hit the streets!
Montreal: Bitcoin Embassy to host Bitcoin education booth during Mural Public Art Festival
Details: http://www.meetup.com/Bitcoin-Embassy/events/188494072/
At the Bitcoin Embassy, we never miss an occasion to promote and facilitate the adoption of Bitcoin. Last week-end, we hosted a three-day “Bitcoin Break” during the Canadian Grand Prix festivities, where tourists and locals learned about Bitcoin. The event was a great success!
This coming weekend, from June 13th to June 15th, the Bitcoin Embassy will once again be hosting an educational booth in front of its headquarters, located on Montreal’s famous Saint-Laurent Boulevard, which locals refer to simply as “The Main”. We will be opened exceptionally until 11 pm.
This event will take place in the context of the Mural Public Art Festival. Last year, over 800 000 visitors attended this free outdoor festival. The Bitcoin Embassy is located right next to the Mural Festival office headquarters, where block parties will be held all week-end.
We will be selling Bitcoin starter kits, which will include a paper wallet pre-loaded with 10 mBTC (0.01 BTC) as well as detailed instructions on how to create a wallet and import funds. If you are not a beginner, buy one and offer it as a gift to a friend or family member.
We will also be distributing informational flyers, answering questions about Bitcoin and selling Bitcoin accessories.

Decentral which Anthony also created is a full fledged blockchain company and community. The Jaxx wallet is a project from Decentral and is one of the best mobile cryptocurrency wallets on the market today. Bitcoin Mining Canada. Mining giants such as Hut 8 Mining out of Alberta and Hive mining out of Vancouver are also significant Canada based blockchain companies. Hut 8 has the largest mine ... Find Bitcoin ATM locations in British Columbia, BC Canada. The easiest way to buy and sell bitcoins in British Columbia, BC. Producers. Genesis Coin (4038) General Bytes (3331) BitAccess (1104) Coinsource (730) Lamassu (542) All producers; Countries. United States (9070) Canada (919) United Kingdom (286) Austria (150) Spain (104) All countries; More. Find bitcoin ATM near me; Submit new ATM ... Decentral.bangtown We are the second node for The Decentral Network, a decentralized network of Physical Crypto Shared Spaces. We aim to become a creative and educational workspace or “community incubator” for decentralization projects that benefit Vancouver’s tech community, the downtown eastside, and the world at large. We can imagine a future where communities trade their worth on the ... The first bitcoin ATM ever was installed at a Vancouver coffee shop in 2013, which contained a built-in palm scanner designed to prevent users from processing more than $3000 CAD per day. Bitcoin Decentral is a 5500 square foot 4 floor Coworking space in the heart of downtown Toronto. It will provide space for the Bitcoin Alliance of Canada, KryptoKit, Cointalk.ca, Ethereum, The Toronto Bitcoin Meetup, The Bitcoin Expo 2014: In Cryptography We Trust, and other disruptive technology innovation initiatives and businesses that desire to be immersed in a space with people of like ...

In Toronto's Bitcoin Decentral Location using their ATM to buy Bitcoins - Duration: 3:21. Damian Montero 2,720 views. 3:21. Bitcoin ATMs - How To Use Them - Duration: 5:09. ... And Bitcoin Decentral now has a full ATM and some great meetups. But back there was the first day and the opening party! Loved it! Used by Blackberry 9900 (old ass BBOS 7) to buy some bitcoin ... Buy Bitcoins on a BITCOIN ATM ( Bitcoin NW ATM ) Visit the website BitcoinNW.com Decentral Vancouver is having their Wallet Night and we're invited! Bitcoin ATM - Location: Vancouver, Canada Waves Coffee Shop Robocoin, Inc. (A Nevada based company) - https://robocoinkiosk.com/ World's first Bitcoin ATM us...