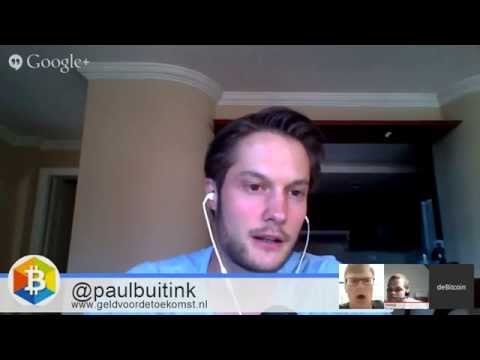 Here’s a recap of some the more recent eventful stuff going on in the Byteball space. If you missed the previous version it can be found here.
For those of you who don’t know anything about Byteball yet, I recommend you to check out the website. Even better, read the whitepaper. Still have questions? Check out the wiki.
The benefits in short: Byteball has a user friendly wallet, it’s fast, has no PoW/PoS yet is still 100% trustless, very active development, extremely strong privacy through Blackbytes, human readable smart contracts that actually work already (insurance, prediction market, lottery, betting bot, blackbytes exchange, altcoin exchange, etc.), a fair distribution, and a limited supply.
For those of you already familiar with Byteball, here we go:
Perhaps the biggest news of the past few weeks is the release of Byteball wallet version 2.0 which contains a brilliant feature called textcoin. Let me explain.
So far in crypto we have been using cryptic addresses like 1BtjAzWGLyAavUkbw3QsyzzNDKdtPXk95D or TKT4UESIKTTRALRRLWS4SENSTJX6ODCW. The recipient has to already be known in the system, and you need to ask him his address. Then, after a payment is sent, there is no easy way to tell who was the recipient. Not quite user friendly for mass adoption. Now, this is going to change.
With the release of Byteball wallet version 2.0, Byteball users can send Bytes to e-mail or chat. Even if the recipient doesn’t have a Byteball wallet yet!
Let that sink in for a second. Yes, it’s awesome.
Read more about it in this Medium article.
To make this feature even better developers can now also use textcoins to send money to email or via chat and the Byteball cashback Bytes can also be sent to e-mail addresses. Don’t be surprised if you hear a lot more about this in my next recap. As a reminder, you can still enter the cashback program.
Even more info on our wiki. Two new merchants were added lately, a Grammy award winning music studio in England and a Japanese store.
If you haven’t looked at it before, the first worldwide beta test of Bytes distribution through physical stores is taking place in Milan, Italy. Read all about it here.
Bitcoin Wednesday
Lead developer Tony Churyumov revealed the textcoin feature at Bitcoin Wednesday in Amsterdam on December 8th. Of course I was there to shake hands with him and listen to his amazing story. There were a couple hundred visitors there but Byteball deserves a much bigger audience than that. So at the moment I’m working on reproducing his presentation in a series of 4 videos, keep an eye on our subreddit for the release of those. Before January 1st, I promise! :)
Another great feature that was released recently are the Freebe Byteball give-away-vouchers. So of course we gave away some MegaBytes and MegaBlackbytes at Bitcoin Wednesday. A great way to introduce new people to Byteball! I encourage you all to print some and give away to your friends and family.
hub.berlin
Tony was also at hub.berlin to talk about parametric insurance powered by smart contracts. It was above the heads of many people in the audience but it’s nice to see real world serious coverage of crypto topics instead of all the speculation / bubble talk / TA courses / ICO hype presentations floating around. Marc de Mesel was also there and he did a 3 part interview with Tony. In a bar I might add so you need to have some noise tolerance to watch these. Then again, Tony doesn’t give many interviews so you should still watch them:
Part 1: why is DAG better than blockchain?
Part 2: how private are Blackbytes? | the Byteball cashback program
Part 3: conditional payments
In other news
So, did anything else happen? Well, Richard Heart endorsed Byteball in an interview, he named Byteball and Monero as the only altcoins he cares about. Proof. Whether that pulled Byteball out of it’s death spiral versus BTC or the insane rise of IOTA and XRB did, I don’t know. Fact is that trading volume picked up and price recovered a bit. Compared to both IOTA and RaiBlocks, Byteball is still very cheap, 1/millionth of the total supply is still only ~$550 at the time of writing. The entrance fee for the equivalent of the “1 in a million 21 BTC club” for Byteball is only ~$550. Don’t know what more to say really.
Talking about DAG coins, many people still don’t even know Byteball exists, let alone that it uses a DAG. This post made a lot of people aware and a bunch of other articles about DAG vs blockchain also helped spread the word about Byteball. Many are calling 2018 the “year of the DAG” already. Exciting times ahead!
So, I hope you enjoyed reading this short overview. In order not to miss anything in the future just subscribe to our subreddit and join our Telegram group. We are working on a new Slack invite page but in the mean time you can just DM me with your e-mail address and I’ll throw you an invite. We have very lively discussion over there. Yes, also about the name and the logo ;)
Oh and one more thing ….
Who says we never do any marketing?
Now, back to working on those videos!

News.Bitcoin.com reported on the project months ago, as the project has gathered a great number of users. On January 29, 2020, close to $6k in bitcoin cash tips were paid to read.cash authors in ... News.Bitcoin.com reported on the project during the first week of April. According to the team’s press release, the latest funding stems from the cryptocurrency trader Marc De Mesel and a ... Information.Bitcoin.com reported on the mission in the course of the first week of April. In keeping with the workforce’s press launch, the newest funding stems from the cryptocurrency dealer Marc De Mesel and quite a lot of different buyers. The workforce is thrilled to get funding to push the startup’s targets ahead with a view to ship defi to the BCH group. Bitcoin Cash continues to spread the message of peer to peer cash for the world: Bitcoin is a Global South safe haven; The Blockhack Global 2020 Flipstarter campaign has been fulfilled. Thank you to everyone who has donated. Special shoutout to Marc De Mesel and Roger Ver for donating 10+ BCH each. This is an oldy but a goldy. bitcoin; marc de mesel; nxt; Facebook. Twitter. Pinterest. WhatsApp. Linkedin. ReddIt. Email. Print. Viber. Vorig artikel Wijsheden onzer DNB. Volgend artikel de van Rompuy notities: manifeste lotsbestemming. Paul Buitink. GERELATEERDE ARTIKELEN MEER VAN DEZE AUTEUR. Economie. Gratis Geld? Wopke Wiebes fonds en meer van die cadeautjes. Banken . Print your way to prosperity. Economie. Cash voor ...

Followed by Link, BNB recently surpassed BCH in terms of market cap. As Defi prevails, can BCH remain a top 10 coin? Will BCH fork again in November? On Sept... A special note on Bitcoin Core, I strongly believe the pattern of market share loss of Bitcoin Core will continue, since weakening fundamentals have not changed, and at next top will likely again ... Bitcoin early investors (1/4) - Marc de Mesel: cryptocurrency climate from 2012 till today - Duration: 16:06. Cryptocurrency Edutainment 5,056 views. 16:06 . Thou Shalt Not Buy Overvaluation In ... Bitcoin is not a great buy anymore at current $750 compared to $200 but neither is it a great sell. Eventhough fundamentals of Bitcoin have weakened due to the internal conflicts and rapidly ... Recently many developer teams were funded by the community. A large portion came from Marc, who has been a Bitcoin Cash supporter since its beginning. Let's find out what he sees for the future of ...